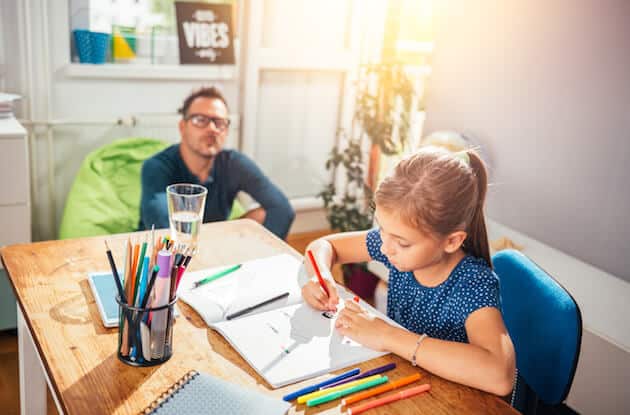 The term bulldozer parenting is thrown the News and child development panel discussions a lot lately. A fairly new usage, lawnmower parenting came into light when influential people such as celebrities started using their money and privilege to provide their children with benefits that normal children would never receive.

What is Bulldozer Parenting?

Bulldozer parenting, also known as lawnmower parenting and snowplow parenting, is the common term used for a parenting style that refers to the attitude of parents who often go out of their way to remove obstacles from their children’s lives.

Bulldozer parents often over-indulge, over-involve, and overprotect their children to the point that they take away the chance to figure out anything on their own.

Although this kind of parenting tendency has been around since ages, it only became a part of popular slang when American media started scrutinizing the events of few celebrities bribing the educational institution to get their children enrolled. The term was first used in The New York Times article referring to the “Operation Varsity Blues,” a scandal about college admissions.

Experts believe that adults who were deprived of privileges and opportunities as children often become bulldozer parents to overcompensate with their own children.

“Lawnmower parents are different (from helicopter parenting) because their focus is in anticipating a problem their child might have, rather than jumping in when there is a problem. In my mind, this is worse, because it sets the child up with the idea that they can’t handle hard situations. There is an anticipation of failure rather than success.”

Why Bulldozer parenting is bad?

Experts opine that bulldozer parents make it harder for their kids to function on their own as adults. Mostly parents indulge in subtle lawnmower parenting without their knowledge. If a child forgets his or her violin at home, the mother would race back home and bring the violin so her child doesn’t have to face the consequences.

Psychologists opine that parents genuinely would want to help their children without knowing the potential harm of their behavior. Although racing back home to get the violin proves to be a helpful act of the parent, they are actually robbing their children of the chance to face obstacles or find a solution by themselves.

Bulldozer parenting is prevalent mainly because of two reasons, namely;

The popular media has many parents believe that their children are in peril all the time. The programs run by these media specifically highlight the rising crimes, the use of drugs among adolescents, divorce, failing grades, and child abandonment, which enforces the idea among the parents that they must interfere and indulge in their children’s life.

On the contrary, child development experts suggest that the parents shouldn’t keenly follow such programs. According to them, this is one of the safest periods in history to be a child from a violent crime perspective. They attested the fact that popular media overhypes very remote, potential dangers to our children.

It’s easy for parents to contact the teacher and coach to confront about the complaints, feedback, revisions received by their kids. Moreover, even influence the decisions made by the kid’s teacher and coach.

Experts highlight the effects of bulldozer parenting in the lives of the children.  Some of the most troubling effects are as follows;

Jessica Lahey, an American writer, and teacher believe that children who live with highly directive parents are less comfortable dealing with their frustration. This makes them unable to complete difficult tasks on their own.

In her own words,

“One teaching tool, called desirable difficulties, is a particularly important tool, and kids who can’t handle feeling frustrated, who give up at the first hint of a challenge, are simply less able to learn.”

Dr. Damon Korb, a developmental-behavioral pediatrician in Los Gatos, California, opined that bulldozer parenting makes children less capable to deal with problem-solving on their own. He believes, although parents provide their kids with privileges such as a place in the college soccer team and admission in the best colleges, the children often find difficulty coping with the challenges of keeping up. If a kid isn’t great at soccer, he or she will falter despite taking place in the college team.

Bulldozer parents deprive their kids of the ability to learn essential problem-solving skills and critical thinking.

“Self-efficacy reflects confidence in the ability to exert control over one’s own motivation, behavior, and social environment.”

Children who never have to deal with the consequences of their actions often end up with a lack of self-efficacy. When parents intervene to save their children from facing consequences, they deprive them of the ability to comprehend if their actions led to a positive or negative end.

“Parents end up transmitting their anxiety to their children when they make decisions from a place of anxiety.”

When parents make decisions on behalf of their kid they are actually deciding based on their own anxiety. This deprives children of managing challenging situations, develop coping skills, and increase resiliency in difficult situations.

How to pull back on bulldozing parenting?

Although you want to help your kid, you would end up hurting them in the end.  Here are some tips to help you pull back on bulldozing parenting.

Cut yourself some slack. Take a deep breath and stop mingling with your children’s affair. Although parents naturally want to help their children, they must forbid themselves from intervening on matters that could easily be decided by their kids.

Consider how you respond to both good and rough moments. If you’re generally angry at everything, you will pass the same feelings to your child. If you react to your child’s achievement or failure in a certain way, then your child will learn to feel the same about themselves.

Are you able to comprehend those feelings? If you can take care of yourself as you move through them, the better you will get at managing your own challenges in skillful ways.

Hand over the lawnmower

One best way to let go of bulldozer parenting is by stopping and analyzing each of your actions. If your kid‘s facing a rough time at school, notice your impulse before stepping in to help your kid. Do you want to visit his principal or teacher and deal with the matter in your own way, or do you want to help your kid decide by themselves? They will succeed or fail but they’ll learn valuable lessons for the future.

You can try the authoritative parenting style if you want your child to grow better.